NEITHER POLITICAL PARTY OFFERS A PLAN FOR AFFORDABLE HOUSING

Frank Anton discusses why the onus for providing decent housing rests on the housing industry, not the politicians who have been ignoring its necessity.

During the Great Recession, housing was in the political spotlight; it was seen as the major culprit behind the country’s economic collapse. But there was a time, almost 70 years ago, when housing was put in the limelight and there it stayed for decades. It was put there by then-President Harry Truman, a liberal Democrat, in his State of the Union address in January 1949. In the speech Truman introduced his Fair Deal, which, among other things, included substantially increased authorization for FHA mortgage insurance and a proposal to fund almost 1 million public housing units. The necessary legislation was sponsored by then-Sen. Robert Taft, a most conservative Republican. 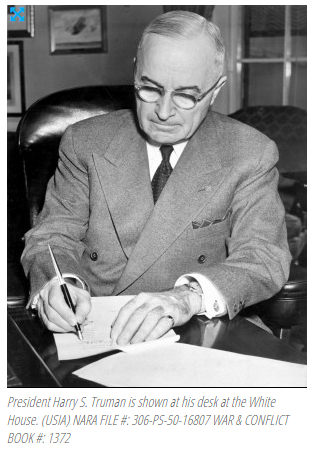 Taft’s bill passed, ushering in about a three-decade-long period during which the federal government played an activist role in housing. You might say that period unofficially ended on June 18, 1981, when President Ronald Reagan famously (or infamously) didn’t recognize the man he recently had appointed to be the Secretary of Housing and Urban Development, which happens to be a cabinet position. Their paths crossed at a national conference for U.S. mayors, they shook hands, and the president said to Secretary Samuel Pierce, “Hello , Mr. Mayor.”

Which somehow brings us to today, when, it turns out, the situation for low-income renters isn’t terribly different than it was when Truman introduced his Fair Deal by pointing out that, “The housing shortage continues to be acute. … Five million families are still living in slums and firetraps. Three million families share their homes with others.”

Today, according to the Joint Center for Housing Studies of Harvard University’s recently released “The State of the Nation’s Housing” report, there are close to 20 million very low-income renter households who either sacrifice other basic needs or settle for inadequate living conditions. Some—only about one in four—of those receive government assistance of some kind, and advocates for low-income housing contend that for every 100 low-income housing renters there are fewer than 50 affordable housing units available. So the problem keeps getting worse.

Having reviewed the platforms of both political parties, I can’t see either a Republican or Democratic president presenting an aggressive plan for trying to solve the current affordable rental housing problem. The Democratic platform makes a vague promise about increasing “funding for the National Housing Trust to construct, preserve, and rehabilitate millions of affordable housing rental units.” The Republican platform ignores the issue but extols homeownership and says “the American Dream is not a stale slogan. It is the lived reality that expresses the aspirations of all our people.” So we have a vague promise and a platitude to work with as the election draws near.

Which brings me back to Truman, who, after promising federal action to address the affordable housing shortage, went on to say “most of the houses we need will have to be built by private enterprise, without public subsidy.” Then he added that the building industry is “producing too few rental units and too large a proportion of high-priced houses.”

If that sounds familiar, then it seems that the onus for providing more decent low-cost rental housing now rests on the housing industry. Any volunteers?