there were sharp price increases in 2012

Posted on February 7, 2013 by trevorspear

WE’RE beginning to hear noises that we’ve reached a major turning point in the housing market — and that, with interest rates so low, this is a rare opportunity to buy. But are such observations on target? 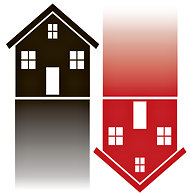 It would be comforting if they were. Yet the unfortunate truth is that the tea leaves don’t clearly suggest any particular path for prices, either up or down.

On the one hand, there were sharp price increases in 2012, with theS.&P./Case-Shiller 20-City Index, which I helped devise, up a total of 9 percent over the six months from March to September. That comes after what was generally a decline in prices for five consecutive years. And while prices dropped very slightly in October, the trend was quite encouraging for the market. (Our November data come out on Tuesday.)

But some of these changes were seasonal. Home prices have tended to rise every midyear and to fall slightly every fall and winter. And for some unknown reason, seasonal effects have become more pronounced since the financial crisis.

After screening out these effects, a number of indicators are up, including data for housingstarts and permits as well as the National Association of Home Builders/Wells Fargo Index of traffic of prospective homebuyers, which has made a spectacular rebound since last spring.

What might explain this picture? It’s hard to pin down, because nothing drastically different occurred in the economy from March to September. Yes, there was economic improvement: the unemployment rate, for example, dropped to 7.8 percent from 8.2 percent. But that extended a trend in place since 2009. There was also a decline inforeclosure activity, but for the most part that is also a continuing trend, as reported by RealtyTrac.

And, last spring, along with Karl Case of Wellesley College and Anne Thompson of McGraw-Hill Construction, I conducted a detailed survey of the attitudes of recent home buyers in four American cities, as I discussed here in October. We did not see any evidence of increased optimism.

In short, it is hard to find an exact cause for the rebound in home prices. But that isn’t unusual — we hardly ever know the real causes of major changes in speculative prices. Yet we do know that any short-run increase in inflation-adjusted home prices has been virtually worthless as an indicator of where home prices will be going over the next five or more years.

THERE is a good deal of short-run momentum in home prices — they tend to keep going in the same direction for a year or maybe more. But those prices have generally reverted to the mean fairly quickly, in inflation-corrected terms. The upswing in home prices from 1997 to 2006 — up 86 percent, in real terms — was an anomaly. And that upswing was almost completely reversed by 2012. We certainly can’t rule out another boom. It’s possible that the 20th-century pattern of real home prices, which typically hugged the historical mean, has disappeared. Perhaps people are more speculative in their thinking, after the recent roller-coaster ride, and more prepared psychologically to buy into a bubble. But I wouldn’t put any money on that.

History doesn’t suggest that another big bubble will come so fast. In fact, before the most recent one, the United States had had only one major national home price boom in the last century, when real prices rose a total of 68 percent from 1942 to 1953.

A study of the causes of these rate movements, by Stuart Gabriel of the University of California, Los Angeles, and Stuart Rosenthal of Syracuse University, concluded that further declines seem likely, but that a forecast would depend “on uncertain forecasts of attitudes toward investing in homeownership as well as changes in credit market and other economic conditions.” (The study was presented at the January meetings of theAmerican Real Estate and Urban Economics Association/American Economic Association.) If the trend continues, it would suggest long-term declines in prices of existing detached single-family homes, because they are costly to manage as rentals.

The housing market has also been subject to new oversight, including that of theConsumer Financial Protection Bureau, which just this month announced new ability-to-repay standards for mortgage lenders. Those standards will make wild lending harder to do.

So it seems that since 2006, our society — including both buyers and lenders — hasn’t become more speculative in its attitudes toward housing. Instead, it has become more wary, and more regulated.

And, of course, economic clouds are still hovering. Slow overall growth continues in the United States, and European financial markets remain vulnerable.Much of our economy, notably housing, is still supported by taxpayer bailouts, which are clearly not a long-term solution. There are also lingering uncertainties about emerging-market economies, as well as the risk that a disturbance in the Middle East could cause an energy crisis.

Most experts are not predicting any big change in home prices. As of December, the Zillow-Pulsenomics Home Price Expectations Survey, which involves more than 100 forecasters, and the S.& P. Case/Shiller Composite Index Futures were both forecasting modest increases for the next half-decade, implying inflation-adjusted price growth of 1 to 2 percent a year.

The bottom line for potential home buyers or sellers is probably this: Don’t do anything dramatic or difficult. There is too much uncertainty to justify any aggressive speculative moves right now. If you have personal reasons for getting into or out of the housing market, go ahead. Otherwise, don’t stay up worrying about home prices any more than you do about stock prices.

I can’t offer any clearer picture, and I don’t see a solid basis for anyone else to do so, either.

Robert J. Shiller is professor of economics and finance at Yale.