If you thought the housing crisis was bad, think again.

New data just out from Zillow, the real-estate information company, show house prices are falling at their fastest rate since the Lehman collapse.

Average home prices are down 8% from a year ago, 3% over the quarter, and are falling at about 1% every month, according to Zillow.

And the percentage of homeowners in negative-equity positions — with a home worth less than its mortgage — has rocketed to 28%, a new crisis high.

Zillow now predicts prices will fall about 8% this year and says it no longer expects the market to bottom before 2012.

“There’s no way we can get to flat, from these depreciation levels, in the last nine months of the year,” says Zillow economist Stan Humphries. “Demand is a lot more anemic than we had previously thought.”

When in 2012 does Zillow see the market bottoming out? Humphries won’t say.

What a foolish boondoggle those tax breaks for home buyers have turned out to be. The government spent an estimated $22 billion between 2008 and 2010 on tax breaks to prop up the housing market. All it achieved was a brief suckers’ rally that ended last summer. 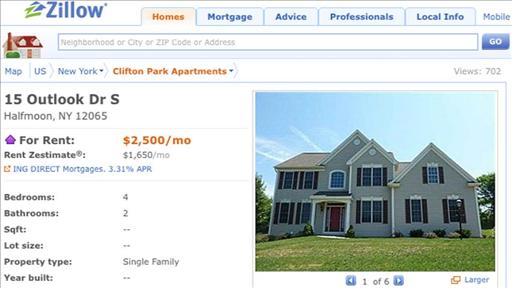 “As we said at the time, it was a giant waste of money,” says Mark Calabria, economist at the conservative Cato Institute. “None of these things really turned the housing market around. They just put off the adjustment for awhile.”

It’s hard to overestimate the scale of the carnage in the housing market. Zillow found prices fell in all but four U.S. metro areas.

Remember Japan’s “zombie banks”? These were the financial institutions that haunted that country’s economic recovery after the 1990 crash. They staggered on with huge losses they could never repay — the walking dead.