Wade Jurney Has No Plans to Slow Down

Posted on November 8, 2016 by trevorspear 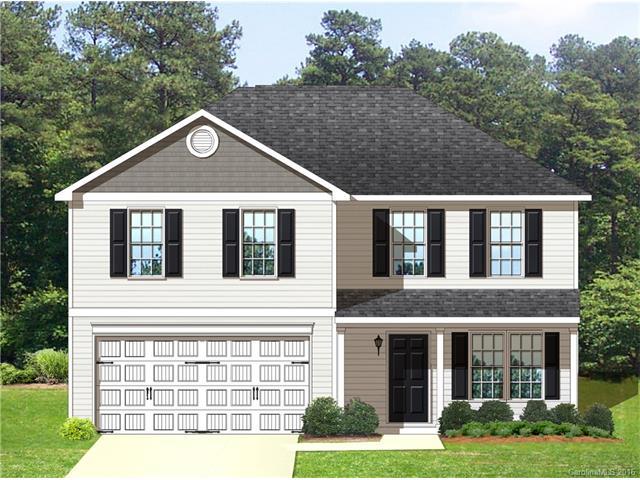 WJH is selling a model of this home in Charlotte starting at $184,000.

As Wade Jurney Jr. continued to grow his company, Greensboro, N.C.–based Wade Jurney Homes, at a torrid pace in recent years, he noticed private companies much like his selling ownership stakes to bigger entities.

So Jurney mentioned to Tony Avila, CEO of Builder Advisor Group, that he’d be interested in a deal similar to ones Sumitomo Forestry America reached with both Dan Ryan Builders and Gehan Homes where a stake in the latter builders was sold (after an initial deal in 2014, Sumitomo purchased Gehan’s remaining shares last spring.)

That’s how Junrey first got in touch with Rob and Dale Francescon, co-CEOs of Century Communities, the Colorado-based public builder.

Century purchased a 50% stake in the Southeastern private builder for $15 million in a deal that closed last week. The newly formed entity is called WJH, LLC. Jurney will continue to manage its day-to-day operations under the existing operating model while Century and Jurney will share responsibility for all of WJH’s strategic decisions.

“I’ve always wanted to have a partner but have never really had to the opportunity to have such a strong partner like Century,” Jurney says. “Just having someone there as a soundboard, someone who is more experienced in the industry than we are, and just having that relationship with Dale and Rob [will be a benefit].”

Wade Junrey sells exclusively to the entry-level market, with prices varying from $80,000 to the $200s across its five regions—Raleigh, Charlotte, and Greensboro/Triangle in North Carolina, the coastal Carolinas, and Southwest Florida. The level of success Wade Jurney Homes has had in the entry level segment was a big selling point for Century, Dale told Builder shortly after the sale was announced.

“All of the sudden it’s hip to be in the starter segment, it’s kind of been shunned for so many years,” Jurney says. “It’s always been my strong belief that the millennials never really went away, they were just resigned to having to buy used instead of new because fewer home builders could deliver the product at that low price point that a lot of them need.”

Being that Jurney is always looking to do more with respect to his company, he says that his employees and those closest to him sometimes ask him to slow down. But that’s just not his style. “I’m very impatient and I’ve got an aggressive personality when it comes to going into new markets and getting market share in our segment,” he says.

Rob and Dale are similar, Jurney says, and won’t advise him to slow down like some of his employees. During one of their initial meetings, it was said that Jurney’s model would work well in Texas. “Don’t give me much encouragement,” he quips after the deal is announced, “because I’ll be on a plane to Austin, Texas next week.”

With the financial backing of a public builder, Jurney says WJH will enter new markets faster than it could have on its own. He’s eyeing additional southeastern markets like Jacksonville, Orlando, and Tampa, Fla., and Greenville and Columbia, S.C. WJH will also look to compliment some of Century’s markets since the two companies sell homes at vastly different price points, for the most part.

He’s excited to see what the future holds for WJH. “I look forward to going out there and giving these guys (competitors) a run for their money on more of a national level,” he says.

This entry was posted in Home Building. Bookmark the permalink.